> History of the atlantic seaboard 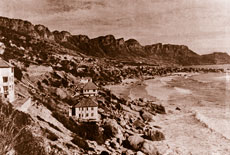 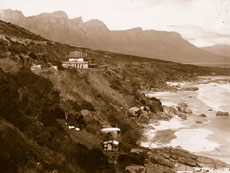 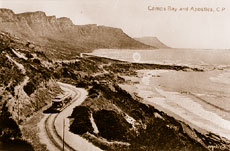 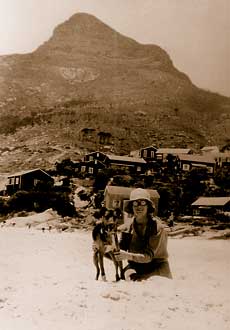 The first inhabitants of the Atlantic Seaboard where the San people, a hunter-gather folk, who roamed the coast, living in the caves and feeding off the abundant marine life.

The first settlement in Bantry Bay and the Clifton area occurred in 1783 when a botanical garden was established on the lower slopes of Lions Head. At that stage, Clifton was known as Schoenmakers Gat or Cobblers Cave. It was said that an old shoemaker lived in the Clifton caves and as the farmers used to pass on their way to sell produce in Cape Town, he would mend their shoes.

It was also said that the “shoemaker” was a deserter from the Old Dutch East India Company.

He was eventually caught and returned to the castle in Cape Town. This castle still stands and is well worth a visit. It was built by Jan Van Riebeeck, the first European to settle in the Cape who arrived in 1652 to establish a refreshment station for the Dutch ships on their way to and from the Dutch East Indies.

Schoenmakers Gat seems to have changed names and was renamed after the lady who ran the only hotel in the area, Bessie Clifton. This was around 1890. By 1900 holidaymakers from Cape Town city and surrounds used to make Clifton-on-Sea their summer vacation destination. The wind free beaches were even then an ideal venue and as time went on the vacationers created small wooden beach houses.

These sites where leased from the Cape Town City Council over the summer months but where never sold off as freehold. This did not stop the predictable campers returning each year to enjoy what Clifton-on-Sea had to offer.

By 1923 there were ninety beach houses at Clifton-on-Sea, and it was until May 1929 that the Cape Town Council still stipulated that bungalow owners vacate their cottages in the months of June, July and August. This was to prevent permanent residents in the area. Later this regulation was overruled when the owners created the Clifton Owners Bungalow Association.

Over the years, Clifton-on-Sea slowly evolved into what we see today and it’s named changed simply to Clifton. The first tennis courts where built in 1925 and the second in 1926. In 1936 the Clifton Boy Scouts hall was built and in 1937 visitors had a new picnic site built for them.

In 1984 the seaside areas of Clifton, Glen Beach and Bakoven where declared National Monuments. This effectively stopped the massive apartment block developments from spreading beyond First Beach. Third and fourth escaped the rapid development and today are home to about one hundred character filled beach houses.

During the early 1990’s the council decided to sell off the leasehold land and the area finally become freehold with many beach houses undergoing strict renovations.

These are some of the bungalows that you can choose to make your home for your vacation. Each has a distinct history and all have been restored to offer a comfortable lifestyle experience. There are many people who come to Cape Town and never leave. Once you have been to Clifton you will understand why Clifton and the Atlantic Seaboard are genuinely Lifestyle Destinations. 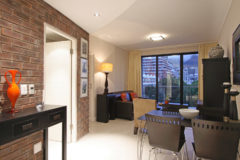 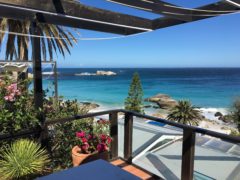 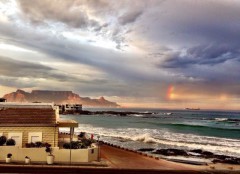 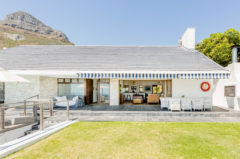 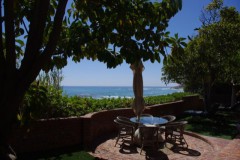 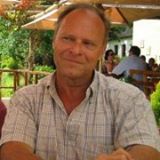